Music gives a soul to the universe, wings to the mind, flight to the imagination, and life to everything. – Plato

If music is your passion, like it’s ours, then our HiFi options might be what you need in your life.

High Fidelity systems are trendy these days but only a true lover of music can appreciate the quality these options deliver.

At Audio Warehouse all of our equipment is excellent because we don’t want our systems to be anything less than amazing.

HiFi transcends your routine listening experiences and delivers your soul to a plain of remarkable delectation!

If music runs through your veins, reaches deep inside and shakes your soul, then you should consider an investment in HiFi.  We would be honoured to guide you through the latest technologies.

The History of HiFi – as told by

High fidelity—or hi-fi or hifi—reproduction is a term used by home stereo listeners, audiophiles and home audio enthusiasts to refer to high-quality reproduction of sound to distinguish it from the lower quality sound produced by inexpensive audio equipment, or the inferior quality of sound reproduction that can be heard in recordings made until the late 1940s. Ideally, high-fidelity equipment has minimal amounts of noise and distortion and an accurate frequency response.

In the 1950s, audio manufacturers employed the phrase high fidelity as a marketing term to describe records and equipment intended to provide faithful sound reproduction. While some consumers simply interpreted high fidelity as fancy and expensive equipment, many found the difference in quality between “hi-fi” and the then standard AM radios and 78 rpm records readily apparent and bought 33⅓ LPs such as RCA’s New Orthophonics and London’s ffrr (Full Frequency Range Recording, a UK Decca system); and high-fidelity phonographs. Audiophiles paid attention to technical characteristics and bought individual components, such as separate turntables, radio tuners, preamplifiers, power amplifiers and loudspeakers. Some enthusiasts even assembled their own loudspeaker systems. In the 1950s, hi-fi became a generic term for home sound equipment, to some extent displacing phonograph and record player.

In the late 1950s and early 1960s, the development of the Westrex single-groove stereophonic record cutterhead led to the next wave of home-audio improvement, and in common parlance, stereo displaced hi-fi. Records were now played on a stereo. In the world of the audiophile, however, the concept of high fidelity continued to refer to the goal of highly accurate sound reproduction and to the technological resources available for approaching that goal. This period is regarded as the “Golden Age of Hi-Fi”, when vacuum tubeequipment manufacturers of the time produced many models considered endearing by modern audiophiles, and just before solid state(transistorized) equipment was introduced to the market, subsequently replacing tube equipment as the mainstream technology.

A popular type of system for reproducing music beginning in the 1970s was the integrated music centre—which combined a phonograph turntable, AM-FM radio tuner, tape player, preamplifier, and power amplifier in one package, often sold with its own separate, detachable or integrated speakers. These systems advertised their simplicity. The consumer did not have to select and assemble individual components, or be familiar with impedance and power ratings. Purists generally avoid referring to these systems as high fidelity, though some are capable of very good quality sound reproduction. Audiophiles in the 1970s and 1980s preferred to buy each component separately. That way, they could choose models of each component with the specifications that they desired. In the 1980s, a number of audiophile magazines became available, offering reviews of components and articles on how to choose and test speakers, amplifiers and other components. 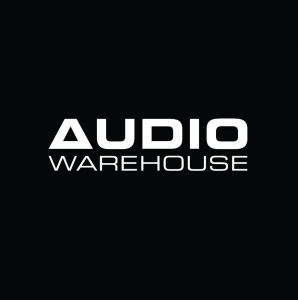